8 Halloween Destination You Should Visit 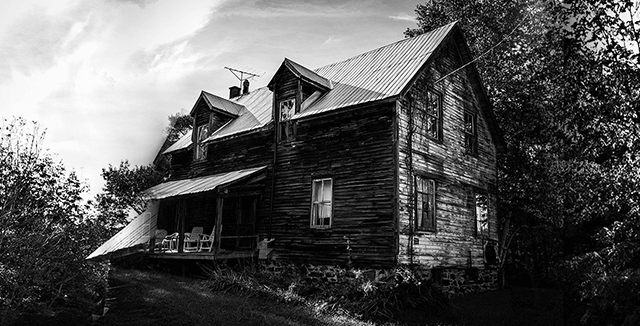 The moon is full and the night has fallen, the air is turning crisp and the leaves are starting to change. This season calls for a visit to an amazingly spooky destination on Halloween, and our planet is chock-full of them! Murders on luxury cruise ships, UFO sightings in Translyvania and spirits wandering the halls of British castles. No matter where you are travelling, you are sure to find some haunted site or a place specially designated for Halloween nights, that too with a ghost tour. Even if you are not the biggest fan of paranormal activities, some of the spookiest locations are still worth your time and money, be it for their beautiful architecture, jaw-dropping locations, or fascinating histories. Here are some of the most exciting places in the world that embrace witchcraft, festive displays and holiday happenings in October.

Field of Screams in Mountville, Pennsylvania

Are you ready to attend an unforgettable experience? If you want to encounter heart-pounding and bone-chilling experiences this Halloween, you have to visit Field of Screams in Mountville, Pennsylvania! You’d witness gruesome and horrifying sites with startling scenes at every step you take! Atrocities found only in your worst nightmare would be right before your eyes, it is the place where demented people lie in wait for their next victim. It’s safe to say that you’ve probably never experienced such blood-curdling and hair-raising terror! Albeit this place is not for the weak-hearted people, but if you can handle such horror and never been to this place, you’re missing out on a lot!

Tampa’s most anticipated Halloween event returns earlier than ever for 28 killer nights with spine-chilling scare zones and haunted houses, including three all-new haunted house experience. So, buckle up as fear returns to its most immersive form with the return of iconic horror-filled haunted houses to terrify guests at Busch Gardens Howl-O-Scream, Tampa Bay’s biggest haunt event. You will find nowhere to hide as zombies, and unforeseeable roaming hordes lurk in the darkness. Beyond the haunts, killer entertainment can be found on the stage with “Fiends!” returning to the Festival Field and last year’s best-kept-secret “The Rolling Bones” performing electrifying rock covers at Dragon Fire Grill.

People have been placing crosses at this point in northern Lithuania since 14th century, and for multiple reasons; Throughout the medieval period, the symbols expressed a desire for Lithuanian independence. After a peasant uprising in 1831, people began adding to the site in remembrance of dead rebels, and the hill became a place of defiance once again during Soviet occupation from 1944 to 1991. While the hill and crosses were bulldozed by Soviets three times, locals kept remaking it, there are now more than 100,000 crosses crowded together. As the wind blows across the fields of rural Siauliai Country, ornate rosaries clink against metal and wooden crucifixes, filling the air with eerie chimes. Now imagine experiencing such chilling scenes firsthand!

A former institution for the physically and mentally disabled, located just at the outskirts of Pennsylvania, is the sight of Horror for many! The sprawling Pennhurst State School and Hospital was shut down back in 1987 after years of chronic overcrowding and patient house. Now some businessman has turned the asylum into a haunted house. The move has upset a lot of people who say it trivializes the suffering of those who lived there in misery and pain. For years, this asylum was operated under appalling conditions, and no one noticed. This place gets so crowded around Halloween, visitors first enters the museum featuring photos and information about the institution. Then, they enter the haunted house, which is filled with gruesome props, bloody dental patients and parts of the original morgue. The last walk is through the underground tunnel system that used to connect the buildings. Screams filled the seemingly endless stretch of utter darkness.

Since 1997, Netherworld has thrilled and entertained visitors and garnered local and National media's applause. If you’re looking forward to spending this Halloween differently from last year, you should definitely visit this amazing place! The haunted house features two themes this year, one centered around “invasion of hideous creatures from the Netherworld” titled “Rise of the Netherspawn”. The other, titled “Return to Planet X”, is sci-fi horror-themed. They also have a Monster Museum, 4 creepy escape rooms, an impressive gift shop with all kinds. Don a trendy Halloween costume to get into the Halloween spirit if you plan to visit this place and get a great concession by availing some discounts on your online shopping this Halloween as well!

If you want to experience a really mild horror encounter then Rutledge Corn Maze is something worth giving a shot. The chatty cast in the Haunted Maze would be a highlight of your experience. There are plenty actors at the site to keep things moving. This spooky place relies almost entirely on actor-driven scares. The actors mostly stayed in character, but every actor was very interactive. Most of the actors play around with the responses and execute the whole play really well with their improv throughout their scenes. It makes the visitors want to respond to them and try to be creative with their responses.

Get into the spirit of autumn and enjoy some family time at Texas Pumpkin Fest, a pumpkin patch in Leander. It’s time for you to join friends and neighbors to celebrate Halloween, recognize National Magic Mouth, and make memories that you can cherish forever. You’d be able to explore more than 5 acres of gourds and pumpkins, play a variety of games, get lost in a hay maze, enjoy silly fun on the bounce slide and obstacle course and climb the top of the huge 65 ft super slide and race to the bottom. You can also enjoy the stage dedicated to magicians and an assortment of entertainment, including selfie stations and magical photo ops with character cutouts and pumpkin displays to put up posts on your social media accounts.

It is said that Ghosts haunt the Oriental Theater, formerly known as Iroquois Theater. In the loop area of downtown Chicago, where almost 600 people perished after a fire famously broke out in 1903, writes Atlas Obscura. Even though the theater was completely rebuilt and rebranded, spirits of the dead remained, apparitions have been seen in the “Death Alley”, the street behind the theater where bodies were stacked after the disaster.